of the many neurotransmitters we all have, this one holds the most significance to me. known loosely as the happiness molecule, serotonin has many important functions in the body & mind.

Are you new to blogging, and do you want step-by-step guidance on how to publish and grow your blog? Learn more about our new Blogging for Beginners course and get 50% off through December 10th.

WordPress.com is excited to announce our newest offering: a course just for beginning bloggers where you’ll learn everything you need to know about blogging from the most trusted experts in the industry. We have helped millions of blogs get up and running, we know what works, and we want you to to know everything we know. This course provides all the fundamental skills and inspiration you need to get your blog started, an interactive community forum, and content updated annually.

growth is the only way we survive. i came across this picture on facebook one day & it resonated with me enough to write about it. too often in our relationships, we spend a decent amount of ti…

Source: help each other grow

growth is the only way we survive.

i came across this picture on facebook one day & it resonated with me enough to write about it. too often in our relationships, we spend a decent amount of time picking apart the other person’s shortcomings instead of introspecting on our own flaws. this leads to negativity in the relationship & subsequently, attempted or complete destruction of what could have been beautiful.

this picture depicts a man & a woman, most likely in a romantic relationship. disregarding that, i believe the message is the same for every human relationship. romantic, platonic, male, female, friends, family, strangers. i am going to focus, however, on a previous romantic relationship i had. it ultimately proved more destructive than i thought it was when i was in it. things are much easier to see coming & make sense of after they happen. (isn’t that always the case?)

jealousy, resentment, lack of trust, & secrets. that, ladies & gentlemen, is a recipe for fucking disaster. this is what the foundation of my last relationship was made of. we had broken up a few times before the final & forever last time. we always made our way back to each other, like two creatures blindly walking around in the dark. every time we bumped back into each other, we called it fate. however, after each heartbreak, my resentment towards his departures grew stronger. he was always the one to leave. i was always the one left. i loved him more than i could ever write, say, or believe. he broke my trust in him & in us so many times. & yet, i always thought “this time will be different” (spoiler alert for those of you in this situation – it never is). at this point, you may think i’m dumb, or he’s dumb, or this is dumb.

my first love & i…we destroyed each other in our own miserable ways. he destroyed me in ways i still cannot yet verbalize. i took what was left over & further destroyed myself under the false belief that i was not worthy of love. the moral of all this sad shit is to realize, in any relationship, the point at which you feel stagnant. love should make you grow; it should make you a better, kinder, more loving person in general. the goal, i believe, is to find someone who grows alongside you. find someone who helps you grow, & who you can nourish. if you see someone wilting, don’t be scared to give them a little water. you have so much to gain by watering someone else’s flowers from time to time, & nothing to gain by cutting their blossoms down so you can stare at how pretty they are in a stupid vase. if you love & care for someone, don’t cut them down – water his or her roots. if someone is blocking the sun from you & you are unable to become more, be strong & move. leave. find your light.

if it is true love, then grow together, not apart. that is part of what happened to me. we were both growing growing growing so much, that we didn’t exactly realize just how far apart we had become. here i thought we were finally at the point where we were growing together, stronger, better, forever. it still baffles me how wrong i was. he was growing in a different direction, with someone else, all while promising he was only watering me. no wonder i always felt so dry… a bucket can only hold so much.

regardless, look at the beauty of this message. we as humans are obsessed with destroying things. destruction. war. fighting.

if only we did all of those things for the right causes.

a healthy relationship should be one of continuous growth. help each other grow, instead of destroying each other. it seems so simple.

my questions for you: have you ever been in a destructive relationship?

were you the destroyer or the destructee? (totally just made a new word)

what was the outcome?

if you feel you are in one now, what will you do?

lastly, remember – the grass isn’t greener on the other side; it’s green where you water it. 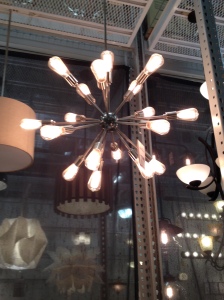 people like to say they are “there for you”

for the benefit of their own egos.

they don’t really want to be there for you,

they just enjoy watching pretty things go up in flames.

this is why we have fireworks on the 4th of July.

people don’t want to be around

to be burned by the hot ashes

as they fall to the ground.

they just want to sit back &

i do not know
what you would
like me
to say
or do.
would you
like me
to apologize
for loving you?

even though
as they say
you should not regret
something
that once made
you happy.

that once made
you happy.

serotoninstruggles values your thoughts & positive feedback. please, always feel free to offer your thoughts in a respectful manner. your thoughts are wanted here. leave a comment & be sure to share if you liked what you came across. much love. xx